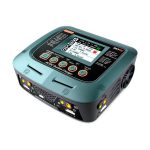 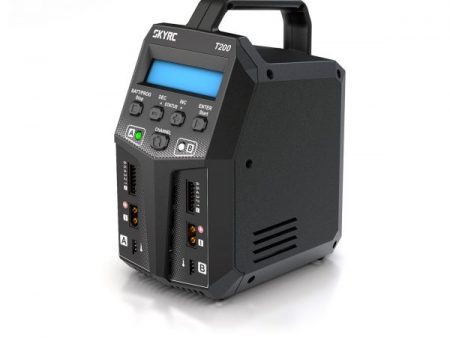 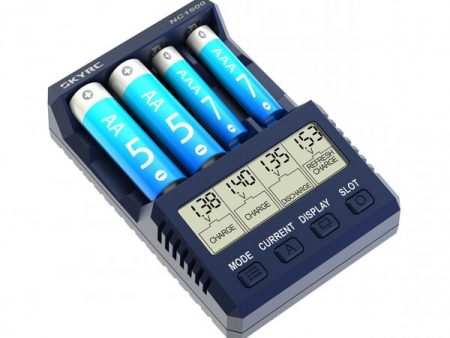 this item is not in stock, usually ships out in 2-4 days

The SKYRC Q200 is a quattro charger with four independent circuits which can charge four different kinds of batteries simultaneously. It also supports power distribution in AC mode to get max charging power to shorten charging time. What’s more, users could set the terminal voltage by themselves and connect it to PC for PC control and firmware upgrade. Besides that, users could also use it as Lithium Battery Meter and Battery Internal Resistance Meter as well. There are Automatic Charging Current Limit, Capacity Limit, Temperature Threshold and Processing Time Limit which makes the charger safe to use.

4 Charging Qutputs
The charger can handle up to four different battery types at the same time and charge them simultaneously.

As well it has a LIHV Mode Available
The additional LiHV mode is able to charge the new generation of LiPo batteries with an end of charge voltage of 4.35 V.

Software
Charge Master
The user can monitor pack voltage, cell voltage and other data during the charging, view charge data in realtime graphs, and can also control charging and update firmware from “Charge Master”.

Finally, Your Charger Gets Its Own App
Smart Phone Control via Bluetooth (both iOS and Android) This charger can be controlled and operated by smart phones via Bluetooth.